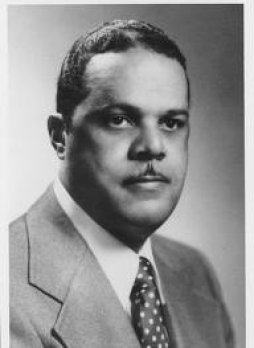 The Department of Geosciences and University of Massachusetts mourn the death of Bill Bromery.

The UMass Department of Geosciences announces with great sorrow the death on February 26, 2013, of former professor and department head, Randolph W. Bromery.

Bill was an Airborne Exploration Geophysicist and a Supervisory Research Geophysicist with the U.S. Geological Survey from 1948 to 1967.  He held numerous positions at the University of Massachusetts from 1969 to 1992: Professor of Geophysics; Chairman of the Department of Geology and Geography; the first Vice Chancellor for Student Affairs; first African-American Chancellor of the Amherst Campus; Executive Vice President of the University of Massachusetts System; and he retired as Commonwealth Professor of Geophysics in 1992.  While at the university, Bill worked diligently to expand educational opportunities for black students in the 1970s and later led campus efforts to acquire the papers of W.E.B. Du Bois.  Bill went on to lead Westfield State, Springfield College, and Roxbury Community College, retiring in 2003.  He also served as Chancellor of the Board of Regents for Higher Education under Governors Dukakis and Weld.

Over his career, Bill traveled over much of the world as a consulting geophysicist for petroleum companies and for other organizations.  He served on numerous boards, including: Exxon Corporation; Chemical Banking Corporation; NYNEX Corporation; John Hancock Mutual Life Insurance Company; Mount Holyoke College; and Johns Hopkins University.  He was the founding member of the University of Massachusetts at Amherst Foundation and served as chair of the Advisory committee to the Newman Center at the University of Massachusetts.  He served as the first African-American President of the Geological Society of America in 1989, and was the recipient of many prestigious awards.  In 1997, he was honored by the National Academy of Sciences as one of the nation’s Outstanding Black Scientists and his portrait hangs in the Hall of the National Academy of Sciences in Washington, D.C.  President George W. Bush appointed Bill to membership on the President’s Committee on The National Medal of Science.